Google co-founders Sergey Brin and Larry Page created PageRank in 1997 as part of a research project at Stanford University in an effort to improve the quality of web searches. When Google officially removed support for “Toolbar PageRank” in 2016 many in the search engine optimization (SEO) and search engine marketing (SEM) industry began to turn their attention to other rating factors within the ranking algorithm. While many businesses, companies, products, brands and services have long since forgotten about Google PageRank as a search engine ranking factor that does not mean the metric is defunct or insignificant.

Even though the public version of PageRank is non-existent anymore Google has reiterated time and again that PageRank is still a part of their search engine ranking algorithm behind the scenes. Google PageRank (PR) is a mathematical equation that identifies the “value of a page” by reviewing the quantity and quality of other pages that hold reference links to it. Its goal is to resolve the relative significance of a given webpage within the framework of the world wide web. The three factors that Google takes into consideration when calculating the PageRank of a web page include the quantity and quality of inbound linking pages, the number of outbound links on each linking page and the PageRank of each linking page. So what does this all mean for the future Google PageRank within the scope of search engine optimization (SEO) and internet marketing methods and strategies?

With over 200 search engine ranking factors (PageRank being one of them) it is clear that Google is moving on to a more complex algorithm when it comes to search position. As all criteria hold different degrees of weight within the algorithm system and there becomes a wider scope of what influences search results, it is safe to say that Google’s PageRank authority within its search engine algorithm is diminishing over time. As the internet grows, technologies change and online complexities deepen the way PageRank interacts with the ranking formula evolves as well. Not the overwhelming value contributor it once was Google PageRank is still something not to lose sight of when it comes to search engine optimization (SEO) and search engine marketing (SEM). While it is not a dominant factor within the realm of the entire search engine ranking ecosystem it still must be considered when developing any sound and strong approach to SEO and SEM. Since we will never truly know the full weight or importance that Google now places on its PageRank factor we must keep a few key concepts at the forefront of our online plans to assure that nothing is missed when building our paths to SEO success. So what should we understand when it comes to PageRank a Google search engine ranking factor today?

It’s essential to know that Google PageRank is not a static value but one that is constantly changing and updating in real time. This means that our search engine optimization (SEO) and search engine marketing (SEM) efforts must be constantly evolving with the times. It’s vital to stay updated and informed on all the latest community and industry happenings.

We now know it’s better to get a link from a site with a low PageRank but one that has a high authority in the field or niche that your website covers. A link from a site with high PageRank but without a coherent connection to what our online presence relates to does very little for improving our online search engine status. It’s critical to be aware that when building links to improve PageRank that they fit into the categories and genres that your website references.

The exchange and leveraging of links still remains a popular and successful search engine optimization (SEO) and search engine marketing (SEM) strategy to this day but we must be mindful of usefulness to visitors and semantic consistency between partner sites and outbound and inbound placements. Linking to and links from sites with good credibility in your areas of expertise is the new key to success.

Conclusion:  What Should You Do?

When it comes to determining how certain search engine optimization (SEO) and search engine marketing (SEM) metrics apply to your online company, business, brand, product or service it is best to work with a knowledgeable and experienced SEO company. Even though Google PageRank does not have the same meaning and application it once did that does not mean it should be overlooked when considering how to build a more powerful presence in the eyes of the Google Search Engine algorithm. The intricacies of PageRank still can teach us valuable lessons on backlink building and link exchanging which are both still very relevant to SEO and SEM to this day. While PageRank does not hold the SEO center of attention of years past it is still worthwhile to consider when looking at the grand scheme of search engine results. Going forward it is always best to check with a trusted and well reviewed SEO company to best understand how all of the over 200 Google search engine algorithm factors integrate with the goals and missions of your website.

TELL US MORE ABOUT YOUR PROJECT

Let us help you get your website found.  Or, if you simply have a few questions, then fill out the form below and we will get back to you. 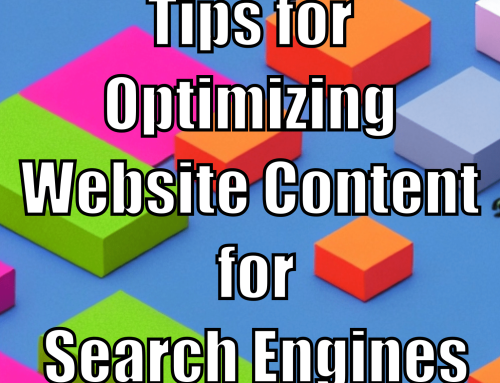